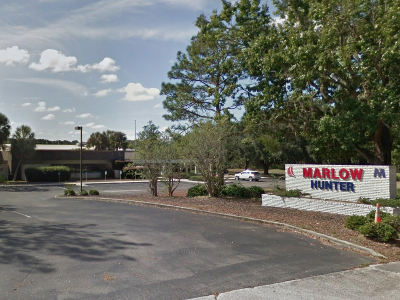 How the Legend Brand has emerged and grown into the UK from USA.

The Luhrs Marine heritage dates back to the 1830s, with the establishment of the Henry Luhrs Chandlery business. Henry was a German immigrant to the United States and heralded the beginning of a marine dynasty spanning nearly two centuries. The Luhrs family pioneered production boat building in the US in the 1930's, building small powerboats based on techniques learned from Henry Ford in the automobile industry.

By the 1960's. the Henry Luhrs Sea Skiff Company, run by Henry (a descendant of the original Henry Luhrs) and his two sons, John and Warren, was building more than 1,200 boats a year. In 1969, John and Warren bought a fledgling company, Silverton Sea Skiffs, and applied the Luhrs touch to establish a popular brand of coastal cruising craft.

In 1973, John and Warren established Hunter Marine Corporation in Alachua Florida, combining their production building experience and Warren's considerable sailing and offshore racing knowledge, to build a line of safe, strong, comfortable and affordable yachts. Hunter Marine grew to become one of the world's largest builders of sailing yachts and reputed to be No 1 in the USA. Over 32,000 yachts have been produced during the 40+ years of production.

The first Hunter sailboat was the HUNTER 25, designed by John Cherubini and Bob Seidelmann. Canadian designer Rob Mazza joined the team in 1991 followed by Glenn Henderson. Yachts were all designed and built to surpass the stringent standards of ABYC (American Boat and Yacht Council) and those of the CE (European mark).

The late Warren Luhrs was well known in competitive ocean racing. Some of his accomplishments and records include winning the OSTAR transatlantic single-handed race and the 1994 BOC Transatlantic Challenge. Winning yacht 'Thursday's Child' was essentially a floating test bed for proving the many innovations in Hunter production yachts. On these long-distance single-handed offshore yachts such things as B&R rigs and traveller arches proved their strength and value (See the menu item 'Legend Yachts' for more information).

By the 1990's demand in Europe was growing and the Hunter brand was exported as 'Legend', to avoid confusion with the British Hunter brand. To keep up with demand, Luhrs Marine Group established a boat building facility at Osprey Quay, Portland, Dorset in 2000. Employing the same high quality building techniques, the factory built around 120 yachts a year in the mid-size range of 29 to 38 feet.

By 2006 the factory had built over 600 yachts in the UK, but economic conditions and European competition at the time dictated that production should return to the US and the factory closed. The site was sold to Sunseeker who continue to operate from the unit today. It is understood that some of the workforce transferred to the new owners.

In 2012 Hunter Marine was acquired by super yacht builder David E Marlow. The name changed to Marlow Hunter and yachts imported to Europe became 'Marlow Legend' branded. The original quality ethos and designs received a further boost under the David Marlow leadership (See reprinted article in this section by David Marlow for his rationale)

It is estimated that 2000+ Legends were sold in the UK, through distributors Peters Opal, followed by Legend Yachts UK, both now closed. However, UK based businesses who played their part in the Legend story by commissioning new yachts continue to play an active role amongst Legend owners for upgrades and repairs in short, they know the brand inside out!.

Today, Marlow Hunter still exists in Alachua and will answer questions and point customers in the direction of acquiring spare parts, where possible. However, the factory has been rationalised to focus on the production of smaller day boats in the trailable 15 to 22 foot range. This may be due to changing trends in all activities and sports, where generally younger generations prefer to experience a wide range of leisure time activities rather than focusing and developing in one.

There may be a plan to return to the build of the larger yachts, but at this time there is no clarity. In the meantime, the used Legend market thrives, and the Legend Owners Association and its membership are well placed to offer advice on all Legend matters.