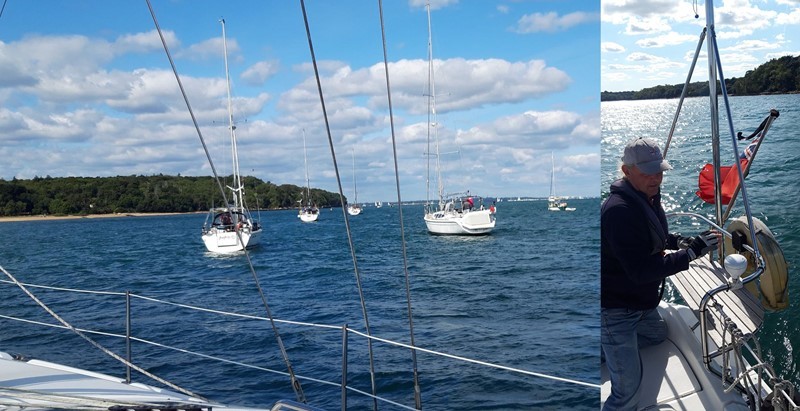 In front of the private beach of Royal Residence Osborne House, a favourite of Queen Victoria, the Legends sailed to the West, along the beach line.

At the given signal by the Commodore, Legends turned to starboard to face their Ensigns, suitably adorned with black cravats, in the direction of the House. At a further signal ensigns were then dipped in an act of respect and thanks.

Other Legends tuned into hear the ceremony on Channel 77 - A fitting conclusion to our 2022 Rendezvous, which was appropriately held as planned, but with a modified and respectful programme. During the event further funds were raised for the Ellen MacArthur Cancer Trust Charity.

(Thanks to Jackie Pool for photos)